​As founder and CEO New Stone Soup VT LLC, Mrs. Vazquez-Torres has the opportunity to impact a large network of technology and life coaching projects, offering strategic analysis/planning and business development expertise, project design and engineering project management, and delivering bottom-line results that are unconventional and premised on building solid partnerships and relationships. Projects include: 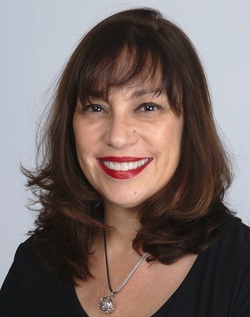 ​With over 20 years of Government service, Mrs. Vazquez-Torres has successfully lead multiple levels of projects to include advocating for funding and directing the US Army Natick Soldier RD&E's Center National Protection Center from 1999-2012.

Mrs. Vazquez has been responsible for generating and managing over 40M worth of RDT&E projects, serving as senior technology and policy advisor to NSRDEC's strategic partners. The National Protection Center collaborated in the publication of national standards such as:

​She has participated in numerous conferences and symposiums as Subject Matter Expert in human systems integration and cross-government collaboration. In addition to directing the NPC, Rita has held positions as Senior Industrial Security Specialist and as the Strategic Program Management and Business Development Principal for exoskeleton and human assist technologies. She is well recognized for her change agility, trend analysis, entrepreneurial spirit and networking skills.

​Jose is the Director for Defense and Security, Boston Engineering, Waltham, MA, and CFO/CTO New Stone Soup VT LLC. As the former President Avwatch US, a Plymouth, and MA-based aerial reconnaissance, Real-Time Full Motion Video (FMV), and airborne networking services company. He served as the Director, First-Responder Technologies for Department of Homeland Security Office of Science and Technology from 2004-2015, and has served as the Director, Navy Science Advisor Program & Senior Advisor, ONR and Director, ONR Global Latin America, Santiago, Chile.

​During his 8 ½ years at DHS S&T Jose led the First-Responder Technologies (R-Tech) group responsible for the development, testing and fielding of some incredible technology solutions for first-responders. In 2014 his team was awarded the DHS Secretary’s Excellence award for its work (2014 Secretary of DHS Excellence Award Link).

While at DHS, Jose started and led the Virtual USA information sharing programs which have improved how first-responders share information during catastrophic incidents. He has worked extensively with first-responder organizations and associations, and in 2014, sponsored and led the requirements gathering efforts for the Project Responder 4: 2014 National Technology Plan for Emergency Response to Catastrophic Incidents report (Project Responder 4 Report Link) which developed the current gaps for First Responder Technologies. There are a number of gaps that MITRE’s technologies can provide solutions for, and not just for first-responders but for the U.S. military too.

​Projects (current and past)

​New Stone Soup VT LLC is looking for associates to team with. Please send a letter of intent that includes a short bio/interest statement and one page white paper of your capabilities and services to ​Rita Vazquez-Torres | Founder/CEO.​